A Gentleman in Moscow: Questions For Consideration 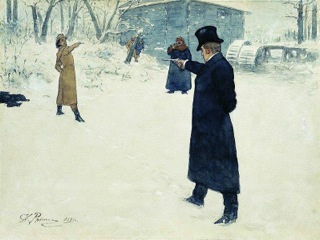 First of all, if you have come to this Reader’s Guide because you have read A Gentleman in Moscow, I owe you my heartfelt thanks. I hope you enjoyed the book.

For those interested in learning more about the background of the book or my process, I encourage you to browse this site where I have placed a variety of supporting materials. In particular, you may be interested in my Q&A (which answers some frequently asked questions) or my brief history of the Metropol Hotel.

If you would like to see me speaking about the book, its background and composition, there are various options on Youtube including my appearance at the Martha’s Vineyard Book Festival in 2017 which you can watch here.

For those interested in cooking something for their book group, I highly recommend the Latvian stew that the Count enjoys in the Piazza during the Advent chapter. You can find an essay of mine along with a recipe for the stew here: As to the wine, you needn’t hunt down a Russian vintage. Any good table wine will do.

If you would like to read an interview with me about the book and its composition, bookseller extraordinaire Betsy Burton of The King’s English Bookshop in Salt Lake City did an extensive one. It can be found in their spring 2019 newsletter here. Or, you can listen to an interview with me and Lois Reitzes on NPR here.

If A Gentleman in Moscow stirs or renews your interest in Russian literature, I recommend the translations of Pevear & Volokhonsky. Over the course of the last twenty years, this husband and wife team has been systematically translating the works of Russia’s golden age including those by Gogol, Turgenev, Dostoevsky, Tolstoy and Chekhov. They also have translated The Master & Margarita, Bulgakov’s masterpiece penned in the Soviet era.

You may submit your thoughts and questions to me, or register to receive occasional news from me by visiting my Contact Page. No need to send grammatical or historical corrections, as that horse has already left the barn.

Finally, I am humbled to report that, having been published in 2016, A Gentleman in Moscow was the #1 selling novel in hardcover at America’s independent bookstores in 2018. For this, I owe you and booksellers everywhere my sincere gratitude. If you are looking for what novel to read next, the list of 2018 Indie Bestsellers is a great place to start.

1. In the transcript at the opening of A Gentleman in Moscow, the head of the tribunal and Count Rostov have the following exchange:

Secretary Ignatov: I have no doubt, Count Rostov, that some in the galley are surprised to find you charming; but I am not surprised to find you so. History has shown charm to be the last ambition of the leisure class. What I do find surprising is that the author of the poem in question could have become a man so obviously without purpose.

Rostov: I have lived under the impression that a man’s purpose is known only to God.

Secretary Ignatov: Indeed. How convenient that must have been for you.

To what extent is A Gentleman in Moscow a novel of purpose? How does the Count’s sense of purpose manifest itself initially, and how does it evolve as the story unfolds?

2. Over the course of Book Two, why does the Count decide to throw himself from the roof of the Metropol? On the verge of doing so, why does the encounter with the old handyman lead him to change his plans?

4. The majority of A Gentleman in Moscow is told in the third person from the Count’s point of view. There is, however, an overarching narrator with a different perspective than the Count’s. Initially, this narrator appears in footnotes, then in the Addendums, then in the historical introductions of 1930, 1938, and 1946. How would you characterize this narrator? How does he differ from the Count in terms of his point of view and tone of voice? What is his role in the narrative?

5. In the 1946 chapter, Mishka, Osip, and Richard each share with the Count their perspective on the meaning of the revolutionary era. What are these three perspectives? Are you inclined to agree with one of them; or do you find there is some merit to each?

6. One of the pleasures of writing fiction is discovering upon completion of a project that some thread of imagery has run through the work without your complete awareness–forming, in essence, an unintentional motif. While I was very conscious of the recurrence of tolling bells, keys, and concentric circles in the book, here are a few motifs that I only recognized after the fact: Packages wrapped in brown paper such as the Maltese Falcon, Mishka’s book of quotations, the Russian nesting dolls discovered in the Italians’ closet, and the Count’s copy of Montaigne (in Paris). The likeness of stars such as the freckles on Anna’s back and the beacon on the top of the Shukhov radio tower. Sailors (often in peril) such as Robinson Crusoe, Odysseus, Admiral Makarov, and Arion in the myth of Delphinus. What role do any of these motifs play in the thematic composition of the book? And if you see me in an airport, can you explain them to me?

7. How does the narrative incorporate the passage of time, and does it do so effectively? Thematically speaking, how does the Count’s experience of Time change over the course of the novel and how does it relate to his father’s views as embodied by the twice-tolling clock? What does the novel suggest about the influence of individuals on history and vice versa?

8. At the opening of Book Five, the Count has already decided to get Sofia out of Russia. What occurs over the course of Book Four to lead him to this decision? Why does he choose to remain behind?

9. Near the novel’s conclusion, what is the significance of the toppled cocktail glass in Casablanca?

10. This is a novel with a somewhat fantastical premise set half a century ago in a country very different from our own. Nonetheless, do you think the book is relevant today? If so, in what way?

11. Bonus Question: Who in the novel also appears in Rules of Civility?